I was 17 before I saw the ocean for the first time. It was the summer before my senior year of high school and my grandfather took us on a holiday to Emerald Isle, North Carolina. I. was. smitten. I loved the beach. I loved lounging on the sand and playing in the waves. Part of our move to New Zealand was to be near our favourite beach in the world so that the girls could experience life by the water. We go to Mount Maunganui regularly (even now that it’s winter). Even if the water is too cold, the girls still love playing in the sand and I still love lounging. As much as I love the beach, though, as a parent my number one gripe is sand in the car. It gets *everywhere*. There were times that as much as we wanted to be near the beach, I’d vote against going there for the afternoon just because I’d be spending the rest of the day cleaning up sand. Now, though, we Keep the Beach Where it Belongs with the Tesalate Sand-Free Towel. 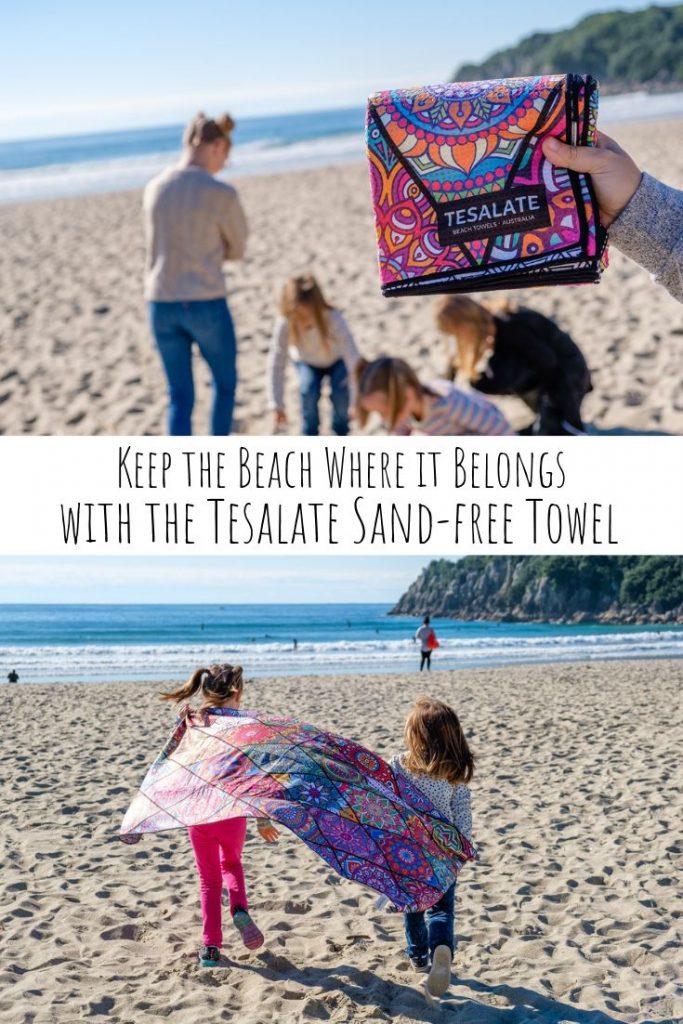 The Tesalate sand-free towel folds up super small–so small that we keep it in the glovebox! We can go to the Mount at the spur of the moment and not need to worry about dragging out something to sit on. It sounds a bit silly to say that a towel gives us more freedom to go to the beach, but believe me when I say that my aversion to sand in the car is massive. 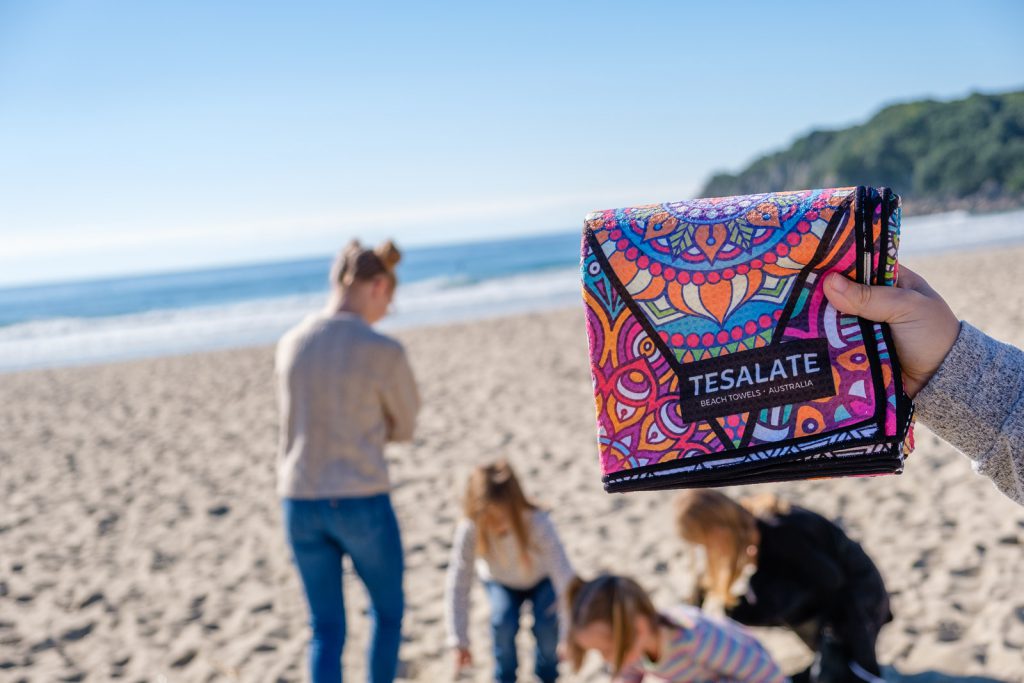 We’ve quite literally dragged our kids around the world and the place we’re happiest is right here. If we’re in the mood for some exercise, we do the trek around the mount. Alice needs some seashells for a project? Off to the beach we go. Is it a soaking up the sun kind of day? Book on the beach it is! And let’s not forget the bajillion sandcastles that need to be built. The beach is the place we go to cheer up after a bad day and to start a good one.

Because we’ve made two international moves in two years, we have an odd assortment of stuff. When we packed up our house in the States, we did it knowing we were moving to Scotland. If we had known we would in fact be back in New Zealand, our container would have been quite different. This partly means that we now have some things in New Zealand that we just don’t need–but are also wishing we had kept some others. It’s crazy that something as simple as a towel has helped us all adjust and feel at home. It’s a piece that has quickly become a part of our weekend routine after two years of not having one. 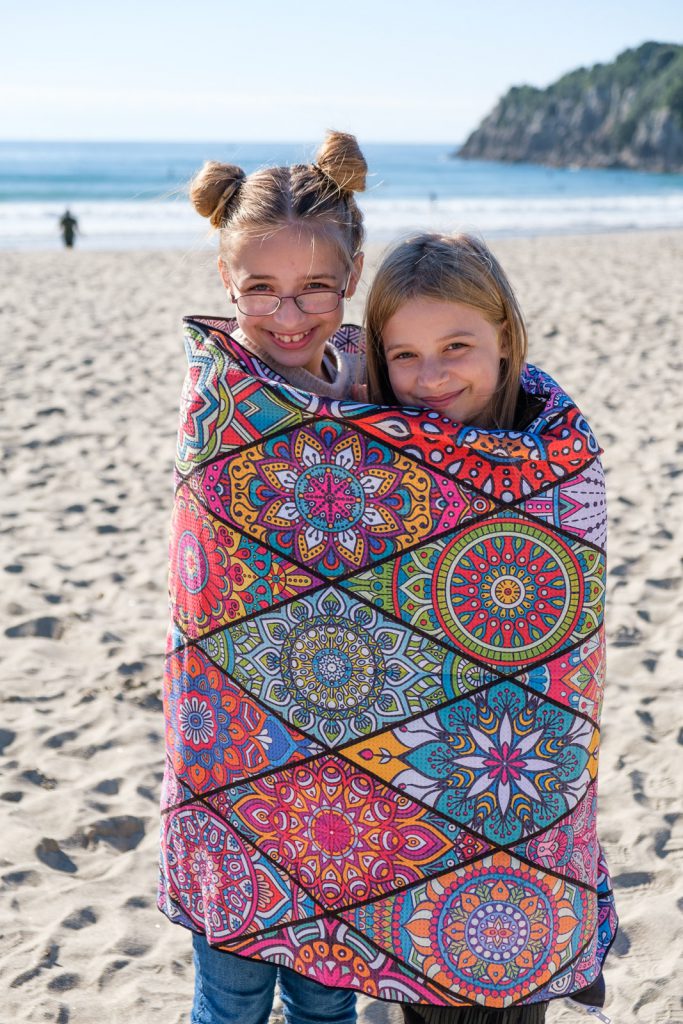 With a quick shake of the towel and a kick of the shoes on the boardwalk, we’re completely sand-free for the trip home. I’d be shaking and washing forever with other towels. This towel shakes out so completely that I can put it right back in the glove box without any evidence that it had been removed. Our Tesalate sand-free beach towel has quickly become a staple for traveling around New Zealand. Our only problem is that now each of the girls wants their own–and with so many fun colour options, who am I to say no?! 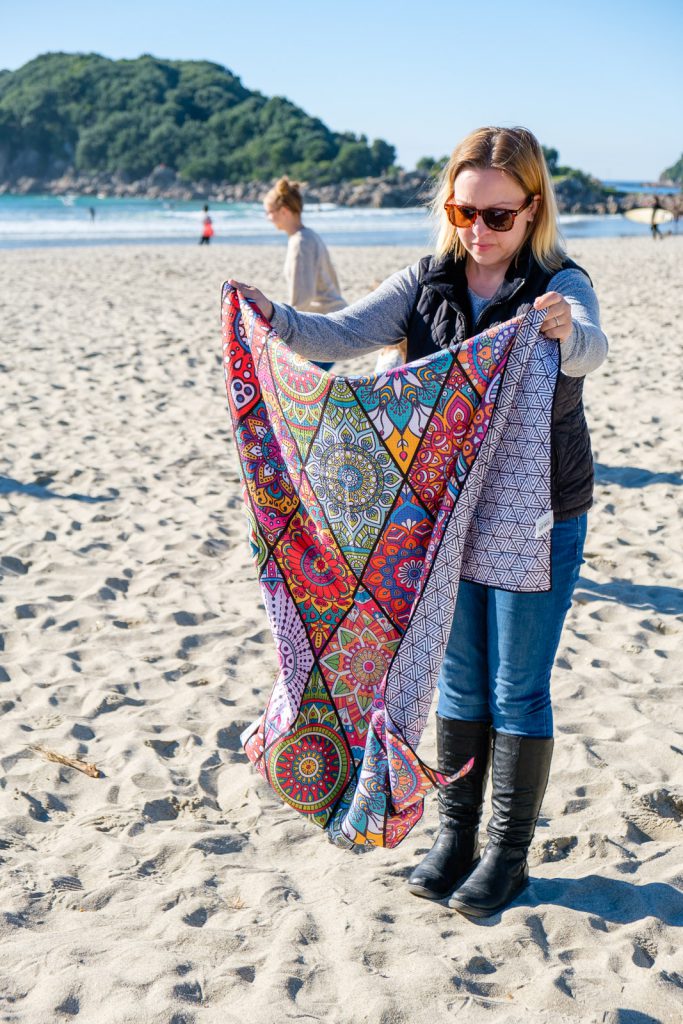 This post is sponsored by Tesalate. All opinions are my own.